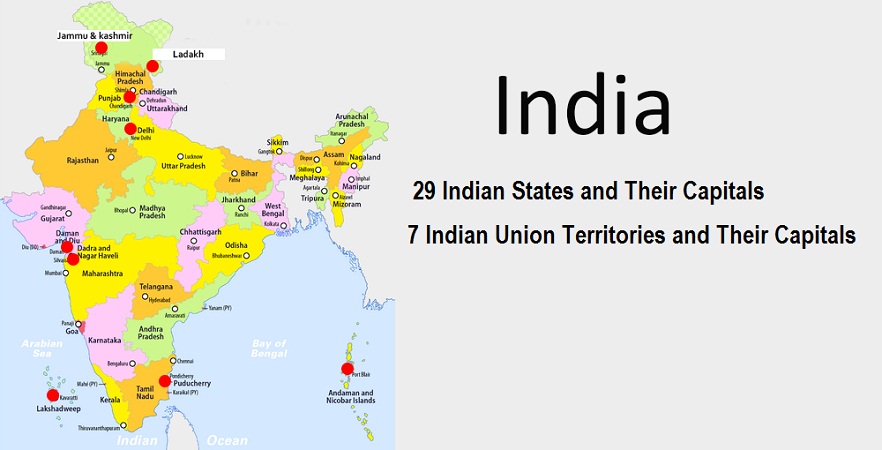 India is the seventh-largest country by area located in the southern part of Asia. It is the most populous democracy in the world consist of 29 states and 7 union territories. Each state and union territory has an administrative, legislative and judicial capital. The legislatures of three states, Jammu and Kashmir, Maharashtra, and Himachal Pradesh, meet in different capitals for their summer and winter sessions. All the states and two union territories, the National Capital Territory of Delhi and Puducherry, have an elected form of government and legislatures. The Central government directly rules the other union territories Andaman and Nicobar Islands, Daman and Diu, Chandigarh, Dadar and Nagar Haveli, and Lakshadweep. All the states are headed by an elected Chief Minister of the states for a term of five years. Each state or union territory is further divided into administrative districts. Know the list of 29 Indian States and 7 Union Territories capitals.

29 Indian States and Their Capitals

7 Indian Union Territories and Their Capitals